The workshop that never happened…

We are always talking about six workshops, but actually… there were supposed to be seven. Here’s the thing: the workshops took place around tables that were designed by the Italian artist Michelangelo Pistoletto. He created a total of seven tables representing the seven seas and placed them in seven different institutions in Guimarães. With this action Pistoletto aimed to create a purposeful dialogue and to expand concepts and methodologies. 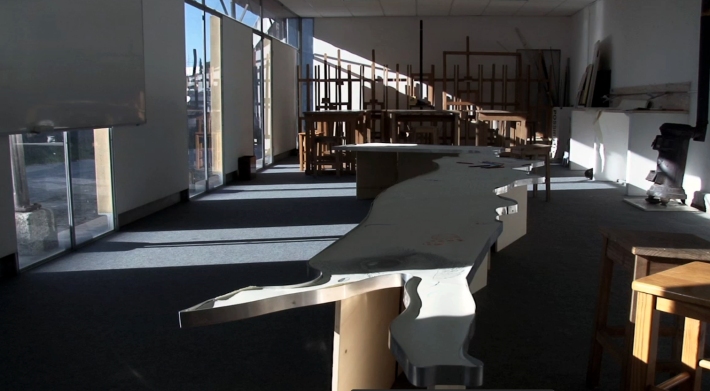 One of these tables was placed at ESAP, the Escola Superior Artistica Do Porto-Guimarães. This is a private university, which can be very expensive. However, in Portugal, the quality of education in private universities is not higher than in public universities. The school offers bachelor’s degrees in drawing, comics and illustration, and in multimedia design; it offers master’s degrees in illustration and digital animation. Much to our surprise Lara Soares, who produced the Museu da Crise project, had a hard time finding students at ESAP that wanted to participate in the workshop at that location. In fact: not a single student signed up for it.

Of course we were not happy about it, but it also made us wonder why? How come young people, that are right now being educated while knowing there are hardly any jobs waiting for them in Portugal by the time they finish their education, are not interested in participating in a project that tries to challenge the current situation? Obviously it is not our position to judge. Surely there must have been some communication issues and so on. But it is interesting. In our minds we connected it to two observations we made while in Portugal.

1: We didn’t have a kitchen so we had to eat in restaurants at night. We noticed that it were not families eating there or older people; it was full of young people, students perhaps.

2: When we joined and filmed the manifestation against austerity in Porto on the 14th of November, we noticed that the students were missing in the crowds.

We concluded that students are not yet experiencing the consequences of the financial crisis in their daily lives.

We spoke to a father working two jobs, one during the day and one at night, to be able to support his son in university, without telling his son of his struggle…

Let us know your thoughts! 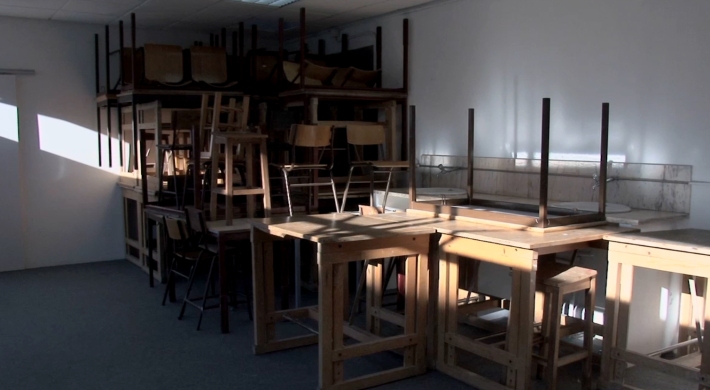